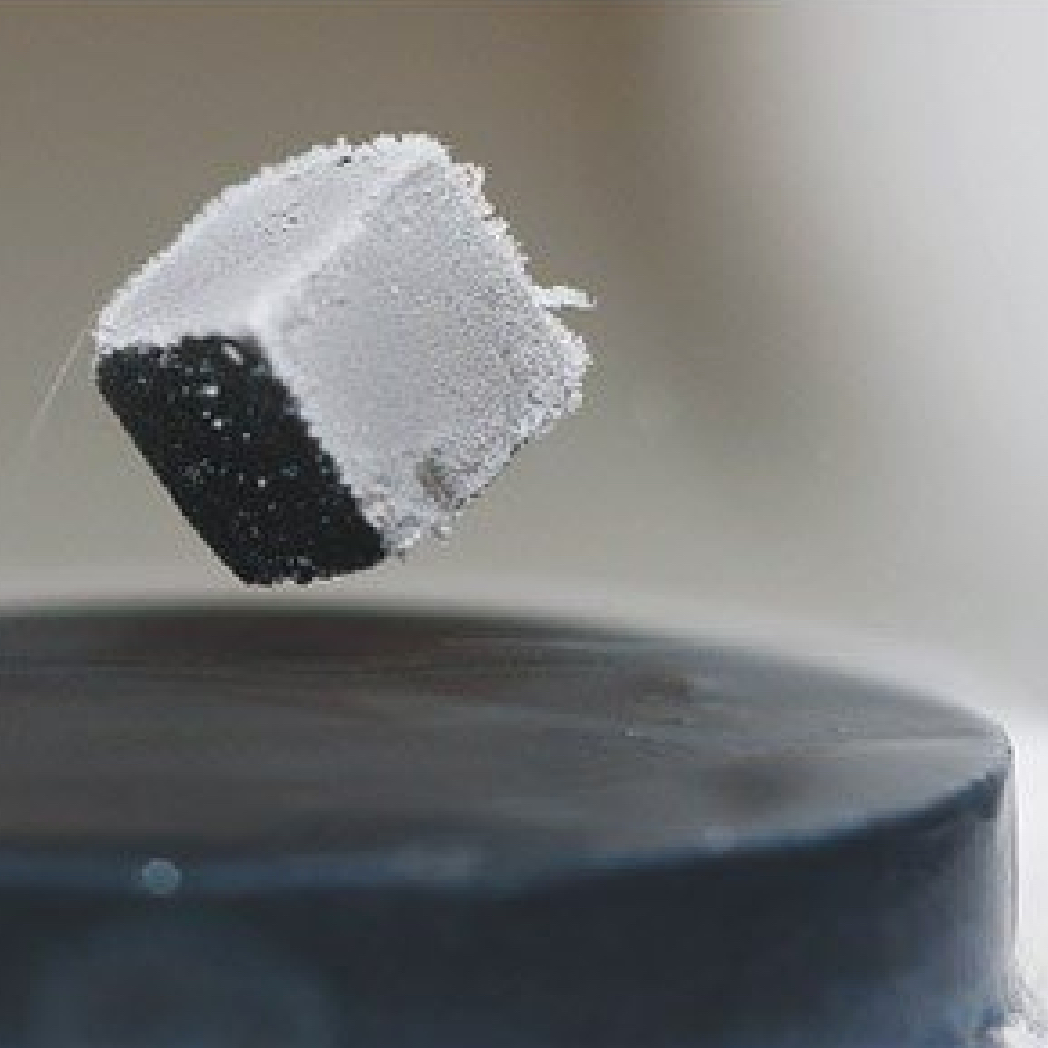 ‍My research is in the field of superconducting physics. It is a high-impact topic with a couple of hugely important engineering applications such as use in experimental fusion reactors, and magnetic levitation. Superconductors are useful for these applications because one of their fundamental properties is the ability to carry extremely high currents with zero loss of energy, making them the ideal material to create hugely powerful magnets. This collection of literature was used in my 2022 thesis The Interplay of Pressure and Doping Effects on BaFe2As2 Superconductors.

The study of iron-based superconductors exists at the intersection of some of the most fascinating disciplines in physical sciences, with avenues to reach illuminating conclusions in the study of magnetism, quantum physics, materials science, and applications at the forefront of technical engineering. The youth of the field is apparent, having only been discovered in 2008, with many open questions as to how the many facets of their normal-state and superconducting properties intermingle, and behave under the extreme conditions made imperative by their significant promise of applicability in magnet technologies.

Superconductors' incredible qualities stem from deep within the physics world. In traditional current-carrying materials, such as the copper wiring in your house, the current is carried by electrons in the material. In these materials, the electrons are able to change the amount of energy they are carrying by virtue of bumping into other atoms they encounter on their way from point A to point B. Superconductors get their superpowers from the fact that current is not carried by a single electron, but instead by a pair of electrons, called Cooper pairs. Cooper pairs behave completely differently and will very successfully avoid colliding with anything, thus retaining a stable amount of energy. Because both electrons are negatively charged there must be a force which pushes them together — however, this force is still not understood for the latest generations of superconductors, remaining as one of the most intriguing problems in modern-day physics.

My research started by taking one particular superconductor, Ba122 (discovered in 2008), and measuring the amount of current we could push through it before it broke under different conditions. In particular, we changed the temperature it was in, and the amount of pressure exerted on the material. Using this information we hoped to be able to infer something — anything! — about the nature of the electrical and superconducting properties of the material.

I structured my Litmaps workspace so that each individual map is responsible for my thinking around one idea or theme. I have one map which contains the most seminal, foundational papers on superconductivity, and one map for good review articles. I have one map containing only papers about pressure effects, and one where all the papers have information about the physical structure of Ba122. This way when it comes to writing a paper, I have an easy-to-navigate map of references related to any particular question I might have to think about.

One of the most interesting ideas I had to grapple with is called 'Quantum Critical Behaviour'. Bear with me for a second, and imagine a container of liquid — what do you think you would do if you were tasked with turning it into a solid? I think the most intuitive answer is to cool it down, right? Now, the reason this usually works is that you are taking kinetic energy away from the individual particles that make up your substance, you force them to slow down. And when they slow down, the forces that attract them to one another become harder to resist until eventually they are locked into place.

But this doesn't always work! For example, if you cool liquid helium down to the coldest it can go, it is still a liquid. This is because the quantum nature of particles trying to decide whether they are a particle or a wave results in some small quantum equivalent of motion, and when you take away the kinetic energy, this quantum motion becomes the dominant factor in determining how your material behaves… and if there's one thing that people know about quantum physics, it is that things do not behave how you expect!

Looking for signs of these 'Quantum Critical Behaviours' was a big part of my thesis, and I thought it was a fascinating idea. I made a map specifically to chart my research in this area.

These are old papers, which need to be cited for fundamental insights. Such as {{"replaceWith":"span","articleId":2061768638,"content":"Abrikosov","action":"inspect","windowId":"seminal"}}, with the proposal of vortices, {{"replaceWith":"span","articleId":2011721578,"content":"Kamihara","action":"inspect","windowId":"seminal"}} with the discovery of the first iron-based superconductor, and Bean with his macroscopic theory of the flow of currents in a type II superconductor.

How does the act of applying pressure affect superconductivity? These papers are examples of previous pressure based studies on cuprate and iron-based superconductors. Some papers ({{"replaceWith":"span","articleId":2055477053,"content":"Duncan 2009","action":"inspect","windowId":"pressure"}} for example) are wider reviews of the effect of different pressure mediums, and what considerations must be taking when choosing your method of application

A bunch of purely theoretical papers which attempt to simulate some of the structural characteristics. Of particular interest, is the simulation of lattice parameters as a function of doping, how this can affect the magnetic moment of iron atoms in the material, and ultimately how this correlates with the appearance of superconductivity.

One of the more fantastical concepts relevant to unconventional superconductivity. QCB occurs when thermal energy effects are dominated by quantum energy scales. This results in a bunch of unexpected behaviours shown in these papers, and is a possible conclusion for our results which the community would find very interesting.

Lattice structure plays an important role in providing an environment for superconductivity to occur. These papers show us how the lattice parameters evolve with doping and pressure, for a range of FeSCs.

Vortices are interesting objects. When a type II superconductor is placed in a high enough field, the magnetic field will penetrate the body of the material in quantized amounts called vortices.

These vortices interact with currents moving through the material, causing them to move, create electric fields which lead to the reintroduction of resistance in the superconductor.

Properties of iron-based superconductors are very readily affected by 'doping' - substituting a proportion of one element present in the material for another (e.g. phosphorous for arsenic as in our research).

These are examples of papers which have studied the effect doping has on structural, magnetic, and superconducting properties of FeSCs.